This past summer, my daughter asked me if she could have a pet rabbit. It took her a while to convince me, but eventually I agreed. It occurred to me that I hadn't taken that many pictures of animals recently so this seemed like a good opportunity.

There are a few things I keep in mind when photographing animals, especially the smaller ones.

1. Focus On The Eyes

I think it's even more important to focus on the eyes when taking pictures of animals. Seeing the eyes can get you thinking about what might be going on in their heads. Take the shot below for example. This little guy is Benny. He is about eight months old. He is used to seeing me because I feed him occasionally. But this is the first time I've been this close to him with a camera. The look in his eye tells me he is not quite sure what to make of it. It's almost like he's saying, "Okay, I know you feed me sometimes, and that's great. But I don't know what that black thing is that you have pointed at me, and I am this close to being out of here." 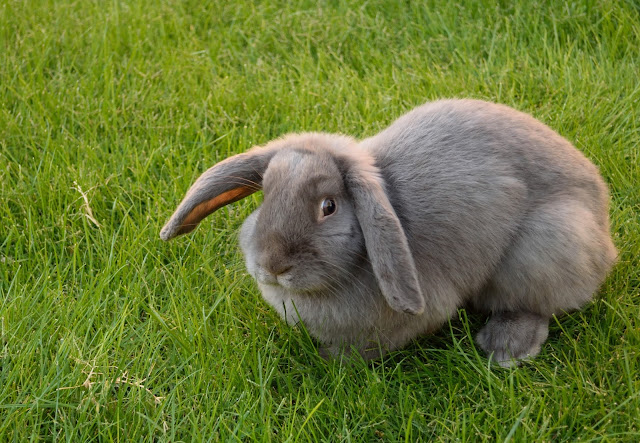 Obviously you want to keep all the attention on your subject. These shots were taken later in the day with an 18-55mm lens. In this next shot, Benny is hanging out munching on some grass: ISO 200, f/5.3, 1/80s, with a 40mm focal length. He wasn't moving around that much in this shot, so I could afford to go with a longer shutter speed. Keep in mind that some small animals can be a little skittish, so you might need to increase your shutter speed to at least the 1/200s - 1/500s range. I was happy with the lighting that the ISO of 200 gave me, so I didn't bump that up. The photo above was taken from a different angle. Because of the difference in the light, I needed a little more sensitivity so it was shot at 500 ISO. You can see that I was able to get a little closer on this shot below also. That brings me to the third point I wanted to share.

3.Get Low And Close

There are a couple reasons why I think it's best to get as low as you can with small animals when photographing them. Even though I am no expert on animal behavior, I think it's fair to say that most feel a little threatened when confronted with something that is greater in size. In the first shot, Benny looks like he is ready to take off at the first sign of trouble. On the shots above and below, I was kneeling down. Then I lowered the camera all the way down to his level and took the photo. This last shot is a little underexposed, but it still works for me. Benny is looking right at the camera, which isn't more than a foot and a half away from him. To me, this shot is so much more interesting. It's probably the one I like the most because Benny let me get that close. The eyes told me that he was more relaxed than in the very first photo. 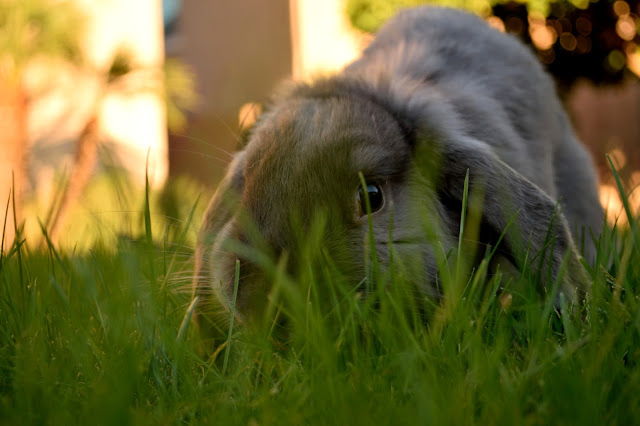 Those are three easy things to keep in mind when photographing small animals. Their eyes can tell you so much about what they might be experiencing, so focus on those when you plan your shot. Your camera settings will vary depending on the time of day, assuming you are outside. The goal is to bring all the attention to your subject. You will want to play around with the settings to give you the desired exposure and depth of field. Remember that the smaller animals that tend to move suddenly may require a faster shutter speed to eliminate any potential blur. And finally, get as close as you can and get right on their level. This will give you much better perspective than taking the shot standing up. It can also help put the subject more at ease. What are some of your favorite animals to photograph? Feel free to share your thoughts and pictures if you like. That's all for now. Have fun! Until next time . . .